Austin, TX based songwriter, author, playwright, and podcaster Randall Wheatley is nothing short of a creative madman.    After graduating from South West Texas State University, Wheatley moved to NYC to pursue a career in theater.  He found many roles in off Broadway classical theater productions and honed his craft.  He then returned to his native Austin, TX and formed his own theater company producing a multitude of works under his guidance.  He wrote, produced, directed and acted in highly praised projects earning him the title "rock star of the playwright world".  Wheatley even spent time as a screen writer for Willie Nelson's Cowboy TV Network before it was shut down.  After making a move to Nebraska, Wheatley started his career as a college professor, teaching playrighting and directing.  With his knowledge of running a theater company, Wheatley was soon asked to run the Permian Playhouse based in Odessa, TX.  His love and high regard for community theater made this the perfect transition from education back to the stage. After years of running the playhouse Wheatley again returned to his native Austin, TX to settle down.  Setting his sights on new ventures he released his first full length album as a songwriter titled "Everything Matters" in 2017.  The album was well received and gained many reviews and praises from local and regional press.  Taking things further Wheatley announced in 2020 his desire to take things odder with his new podcast short titled "Marry Me Margret". 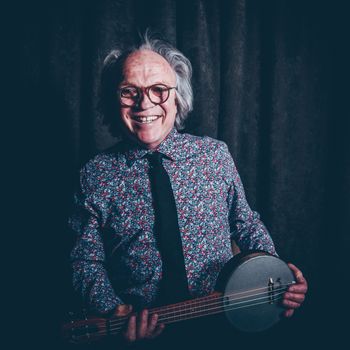 "A unique musician creates a singular work of art.

A complex and richly beautiful masterpiece. Randall Wheatley’s “Everything Matters” will take you to a world of crowded airports, seedy clubs and generally bad behavior.  Delicious." - Matt Smith